Hey kids! I posted my fun photo-filled trip diary from this year's Crypticon Seattle! Check it out at http://skullfaceastronaut.com/drsquid/crypticon2013/ 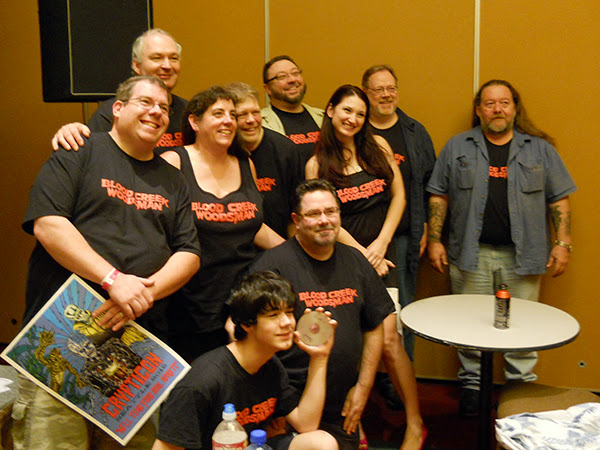 Posted by Joe Sherlock at 7:58 PM No comments: Links to this post

Posted by Joe Sherlock at 10:24 PM No comments: Links to this post 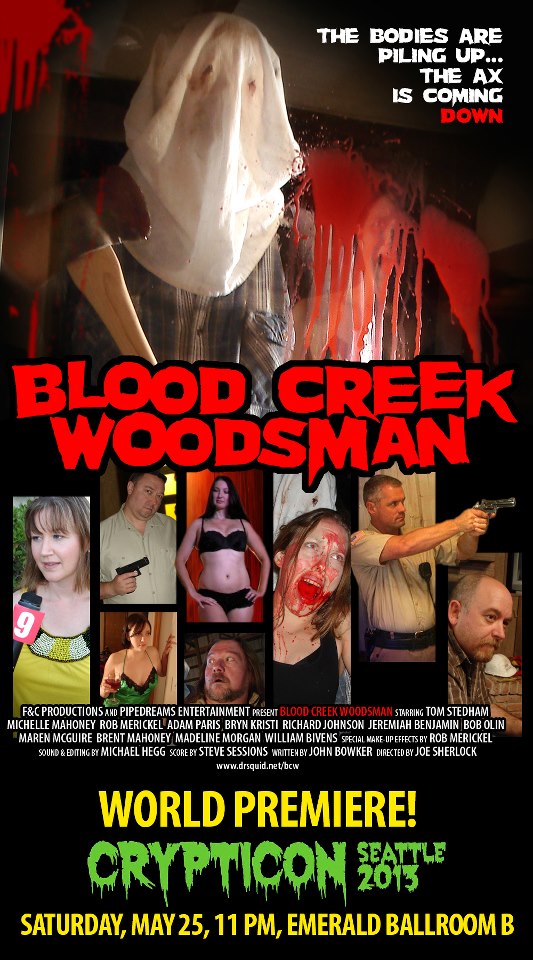 Been pretty lame on blog posts, but that's just 'cause I've been crazy busy with stuff.

I finished shooting the inserts for BLOOD CREEK WOODSMAN, drove them up to Mike's place and we imported and dropped 'em in. Another trip to get the music all finished up. It was a late night, but I am really happy with the music - an original score by Steve Sessions. Also watched the movie with about 5/6 of the sound effects done, made notes for a few more tweaks. Got a whole bunch of photos cropped and 'shopped for the beginning of the end credits sequence.

Need to get the above poster set up as a PDF so I can get some copies made to put up at the con as well as some fliers to hand out.

Meanwhile, I have finished all of the DRIFTER shooting, save for 2 conversation scenes, one half of a phone call scene, a shot of a car driving down the road at night, and a couple of blood splatters. So pretty darned close. I have 7/8 of the footage already imported into the computer and just finished a DRIFTER trailer that I am pretty darned happy with. Will get that posted online sometime next week. Really hoping to get DRIFTER all wrapped up and out on DVD by the end of the summer. More news as it comes together.

BENEATH A DEAD MOON has been pushed to the side for the moment, but I hope to get that out on DVD sometime later this summer.
Posted by Joe Sherlock at 7:00 PM No comments: Links to this post