Progress on It Haunts

Managed to get several hours' worth of editing done on IT HAUNTS over the weekend. I'm going through and tightening up the edit, adding the ghost hunting footage and Ariauna Albright scenes, fixing sound issues and taking care of a few sound effects here and there. Once I'm through, I'll be going back through to finish sound effects and create some music. 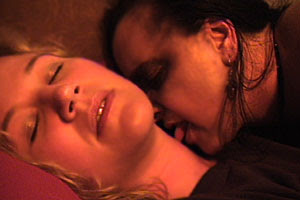 Posted by Joe Sherlock at 5:14 PM No comments:

Pretty Maidens All In A Row

At the end of last month, I went with my buddy Rob to see the Maidens of Mayhem perform in Eugene. Beer, billiards and burlesque - what's not to like? I tell you what's not to like - getting to bed at 3 a.m. and having to get up to go to work a few hours later! 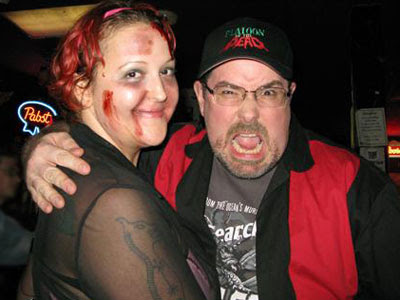 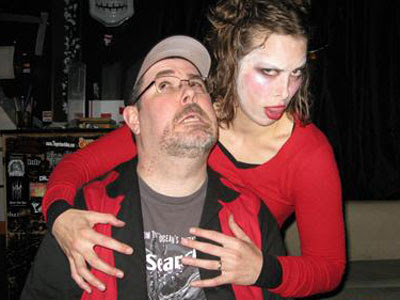 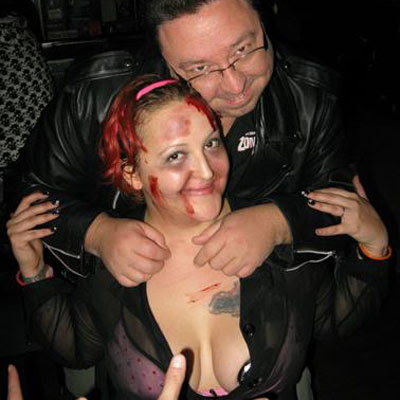 My office's Halloween theme this year was a giant CLUE game and I was Professor Plum! As you might guess from the blood on my coffee cup...I DID IT! With the lead pipe in the dining room no less! 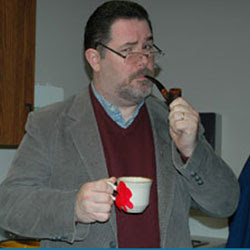 Despite a very busy time at work and home, I have been working a bit on the IT HAUNTS and WELCOME SISTER edits here and there. Hope to make some more progress over the weekend. Also hoping to shoot needed pick-ups for WELCOME SISTER on Sunday.
Posted by Joe Sherlock at 5:50 PM No comments:

Trailer: Into The Woods

A while back, I shot a few small scenes for this movie with Darla Doom and her husband. Writer/director Phil Herman just sent me a link to this trailer, which features music by me as well. Cool!

Posted by Joe Sherlock at 1:28 PM No comments:

So the Northern Lights Theater Pub showed BLOODSUCKING REDNECK VAMPIRES and HOUSEBOUND on Halloween night this year. Each was in it's own theater, one at 10:40 p.m. and the other at 10:45 p.m. It was kind of short notice but Dale and I made the trip up and watched BRV with some folks who really seemed to dig it. Thanks to Mid-Valley Film Festival for helping to set it all up!
Posted by Joe Sherlock at 1:18 PM No comments:

It's been a busy month while the Halloween Countdown was going on. I have to say that was a blast going over all those old photos. I hope folks got a kick out of it.

Finally finished trimming down the ghost hunting footage for IT HAUNTS. Need to edit the pieces together, then get them worked into the timeline. 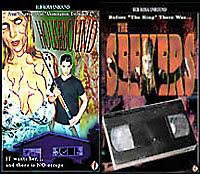 Had a great screening of HOUSEBOUND and THE SEEKERS at the Northern Lights Theater Pub in Salem, Oregon back on October 17. Writer/director John Bowker was there along with a number of cast and crew. It was great to see those flicks on the big screen and hear a live audience laugh and scream at the right parts! Special thanks to Ross from Mid-Valley Video Festival for making it happen! 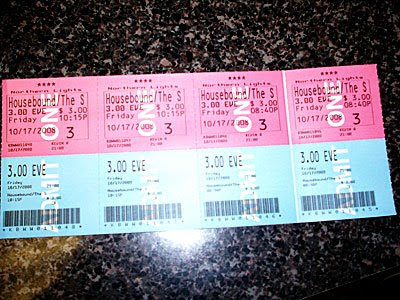 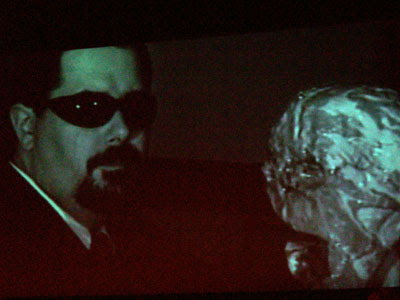 It's me on the big screen! Here I am as an MIB in HOUSEBOUND holding a goopy skull! 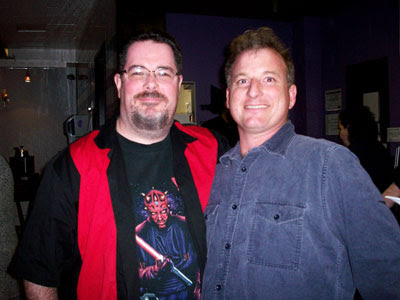 Me with Ross Swartzendruber of Mid-Valley Video Festival 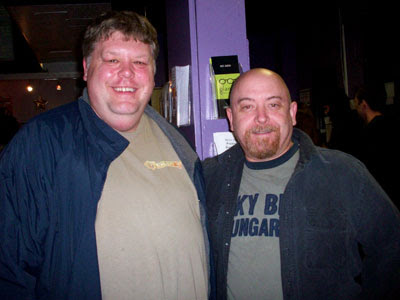 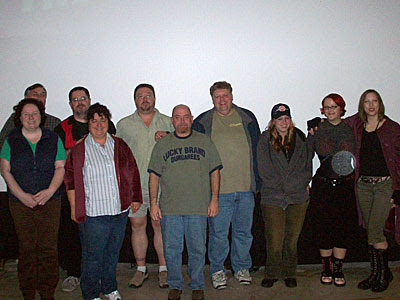 Cast, crew and friends at the screening.

When I arrived at the screening, Robert J. Olin told me that one of the actresses for the Welcome Sister segment of TWISTED FATES had dropped out. We were set to shoot the following Saturday, but I just knew we'd manage to make it happen somehow. By the intermission, we'd cast Sabrina out of the audience to play the role! Not only that, but RC, who works at the theater, came on board as a PA.

The Welcome Sister shoot on October 25 was fantastic. Robert was really organized and had arranged for a second cameraman to work with me as well as a craft services person to keep us well fed and watch the home base at a shelter in a park east of Portland, Oregon. Dale came up with me so we had 2 PAs with RC along. One of the actress had to bail due to being very sick, but Robert and I did some quick rewriting and made the whole thing work just fine.

The actresses were phenomenal! They really brought the roles to life and were total troopers, running over rough trails, through sticker bushes, bouncing off of trees, cat fighting on the forest floor, getting drenched in blood and screaming their lungs out. It was so cool! Here are a few pics (warning: SPOILERS!!) 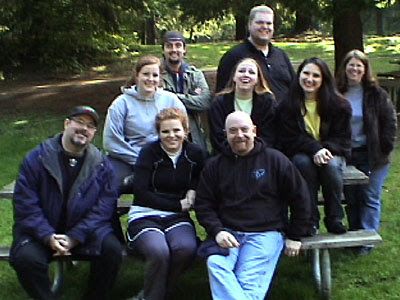 The whole gang - cast & drew for the Welcome Sister shoot 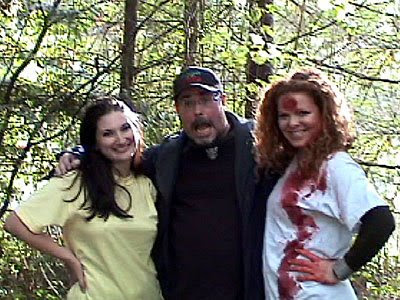 Here I am with two of the girls, post catfight!