BEYOND THE WALL OF FEAR, KISS, MANOS RETURNS AND MORE!

Wow. It has been a long time since I posted here but as you will see, I have been crazy busy!!!

At the end of May, I went to Crypticon Seattle 2016 and had a great time. I have been so busy I have not had time to put together my usual trip diary, but I'll get to it one of these days.

The world premiere of BEYOND THE WALL OF FEAR was fantastic! The room was packed - amazing for a midnight show - and everyone seemed to have a good time with it! 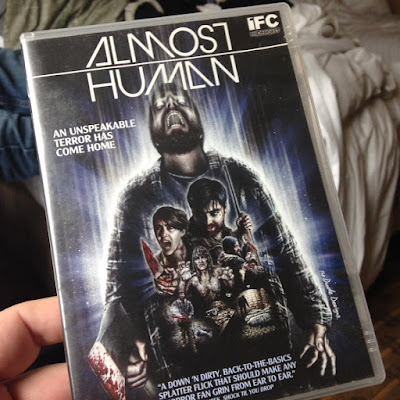 I picked up the DVD of Joe Begos' ALMOST HUMAN, a great indie horror flick I really loved on Netflix. Now I can see all the special features!

I was a part of the MANOS RETURNS panel and it was a blast! 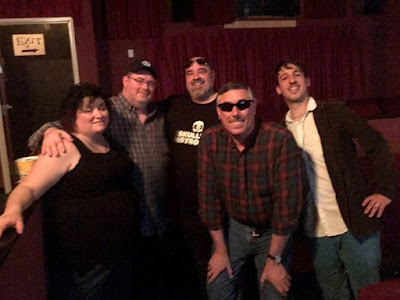 I finished up a short called HOUSEWARMING that I contributed to a new horror anthology called FRAMES OF FEAR. One of the actors in it runs a weekly free movie night at the local indie theater and offered to show the short after the regular show. It was a blast! 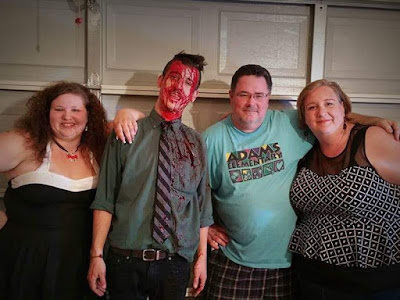 After showing BEYOND THE WALL OF FEAR at Crypticon Seattle, I felt the running time was just a bit short, so I shot another segment for it, a fun and bloody homage to Scanners! 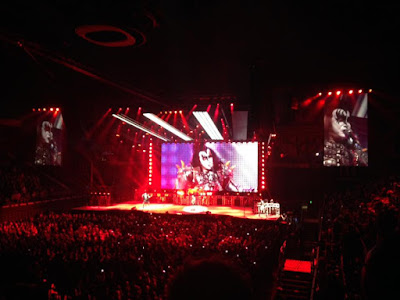 In early July, I saw a great show by my favorite band, KISS! It was in a basketball arena, so the smallest place I'd seen them in, but they still had all the pyro, fire, lights, flying rigs, etc. that they always do. This was my 10th time seeing them! 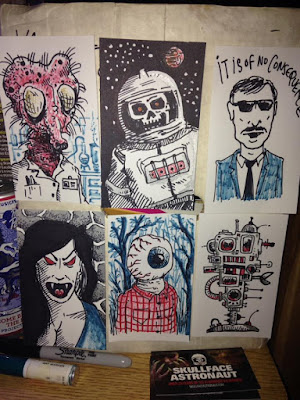 I jumped in at the last moment to vend at a horror-themed indoor garage sale thing at a bar in Portland. Didn't make a ton, but had fun, sold a few things and got a chance to catch up with some old friends. Passed the time by doodling these little sketch cards. Someone liked them so much that they later bought them. Hmm…maybe I'll make some more…


The BIG thing that happened at the end of July/beginning of August, was that I was the director of photography and co-producer for MANOS RETURNS, a sequel to the cult classic and MST3K favorite, Manos: The Hands of Fate. 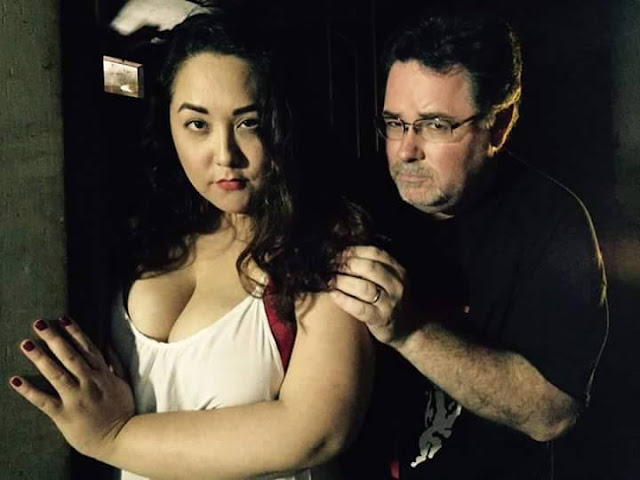 I've known director Tonjia Atomic for about 4 years but never worked with her in person. Making this film was an AMAZING experience. I learned a lot, got into an uncanny sync with Tonjia (so much so the crew called us the Wonder Twins) and we all creating something very special. 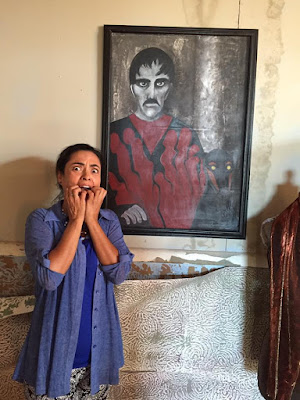 I love this shot of Nuria in front of the painting of THE MASTER! Setting up a shot of the Valley Lodge sign. 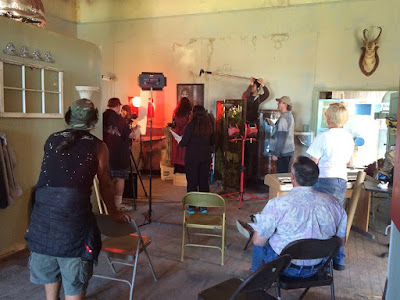 Look at all these people!! We're making a movie!! 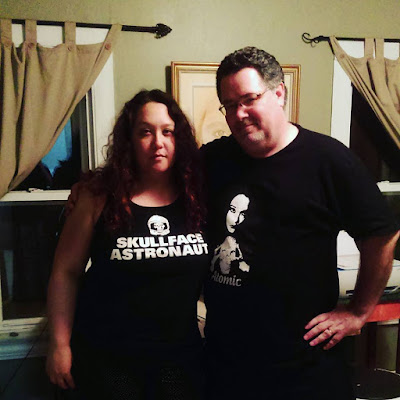 One day Tonjia wore a her Skullface Astronaut shirt and I wore my Tonjia Atomic shirt - unplanned! That was yet another sign that this team was going to work well together. 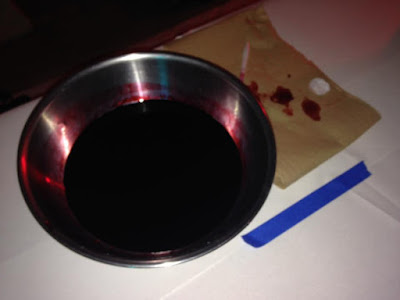 Bowl of blood. Of course. 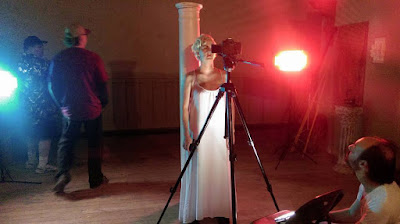 Lighting, make-up, acting, art direction, etc. were all stupendous on this thing! 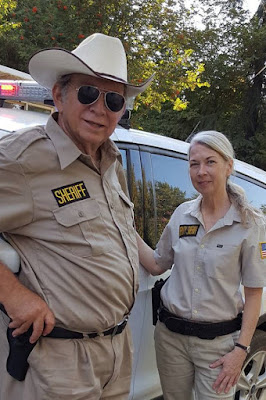 The son of the original actor who played the Sheriff in MANOS: THE HANDS OF FATE came in to play the sheriff in our sequel. The deputy was played by one of the kickstarter backers. 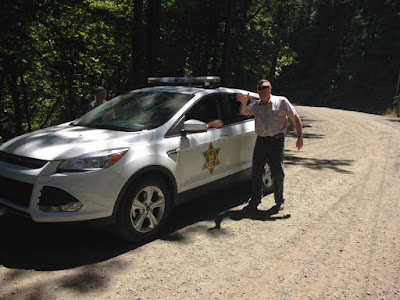 Dale poses next to the sheriff rig we put together. 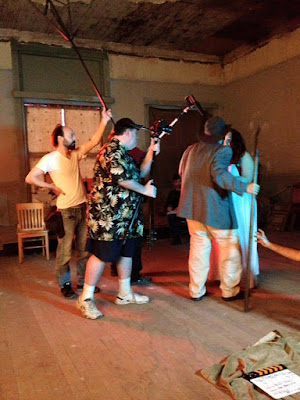 Everyone working together to create magic!
Like I said making MANOS RETURNS was an amazing experience and I can't wait to see the final product put together! 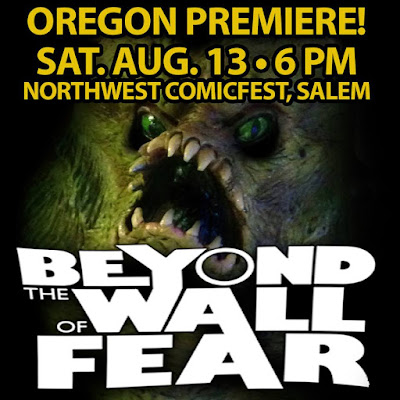 Coming up next is the Oregon premiere of BEYOND THE WALL OF FEAR at the Northwest Comicfest on Saturday, Aug. 6, 2016. Watch for pics in a future post!!

That's all for now, but other things are brewing...more news soon!

Posted by Joe Sherlock at 3:41 PM No comments: