Saturn's Core Audio & Video releases "underground oddities and shot on video weirdness in VHS." So it's very fitting they are putting out this swell limited edition of two of my earliest oddball flicks! Here is the info straight from their site!

Saturn's Core is proud to present a double dose of 90's era SOV mayhem from Corvallis, Oregon's resident B-Movie madman Joe Sherlock (Odd Noggins, Drifter)! This double feature tape includes Joe's 1997 infamous no-budget masterpiece "Monster In The Garage" along with his "lost" 1999 flick "Zombie Love Slave" starring Debbie D. which has never been released before on any home video format! Features cover art designed by Joe himself plus each copy comes with a hand numbered and signed art card with more original "monster" art from Joe. Limited to 25 copies. These will ship in December. This is a must for all fans of mind-melting shot on video insanity. 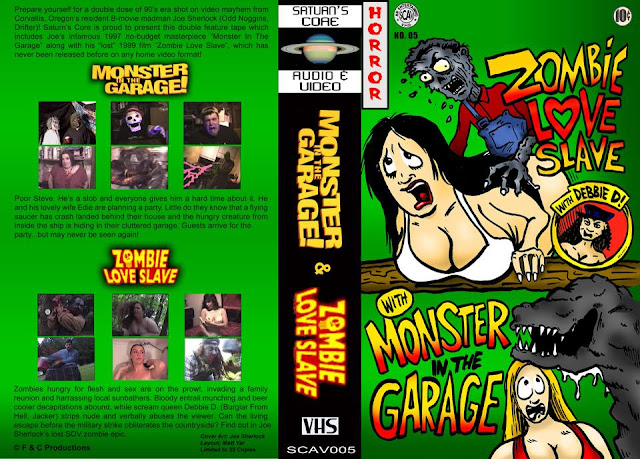 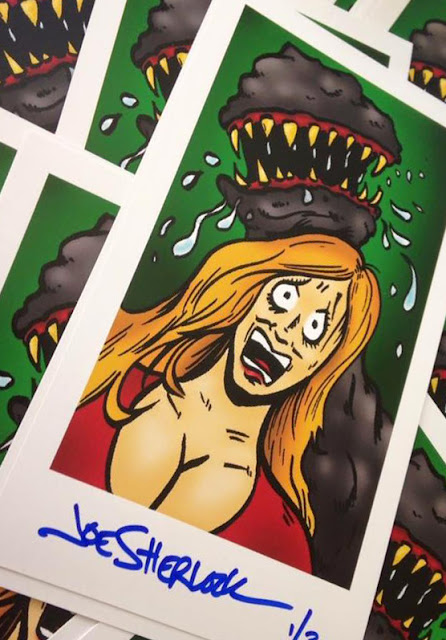 MONSTER IN THE GARAGE: Poor Steve. He's a slob and everyone gives him a hard time about it. He and his lovely wife Edie are planning a party. Little do they know that a flying saucer has crash landed behind their house and the hungry creature from inside the ship is hiding in their cluttered garage. Guests arrive for the party...but may never be seen again!

ZOMBIE LOVE SLAVE: Zombies hungry for flesh and sex are on the prowl, invading a family reunion and harassing local sunbathers. Bloody entrail munching and beer cooler decapitations abound, while scream queen Debbie D. (Burglar From Hell / Jacker) strips nude and verbally assaults the viewer. Can the living escape before the military strike oblitrrates the countryside? Find out in Joe Sherlock's lost SOV zombie epic!
Posted by Joe Sherlock at 9:01 PM No comments:

I went down to Eugene, Oregon last night to sign a whole mess o' graphic novels with writer Henry Weintraub for those who had pre-ordered DEMONIZED! I have some on hand and listed it in the store. If you want it signed, just let me know. http://www.skullfaceastronaut.com/store 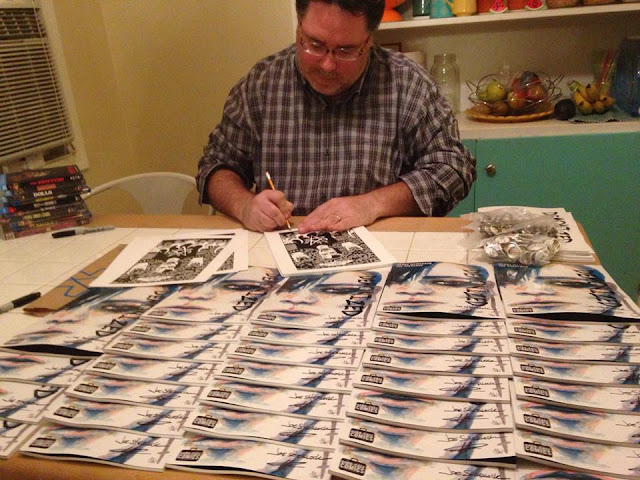 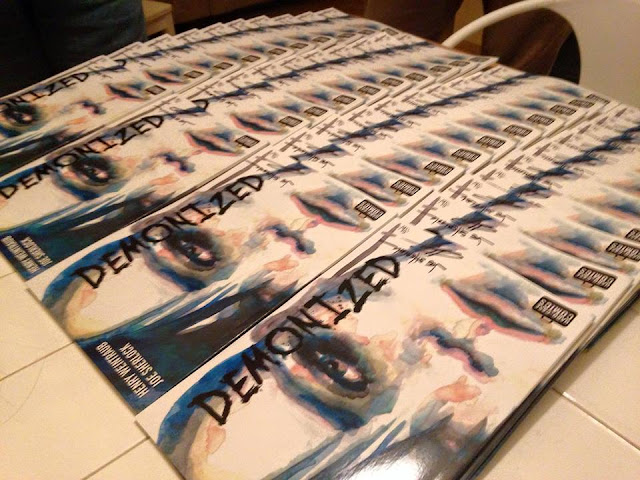 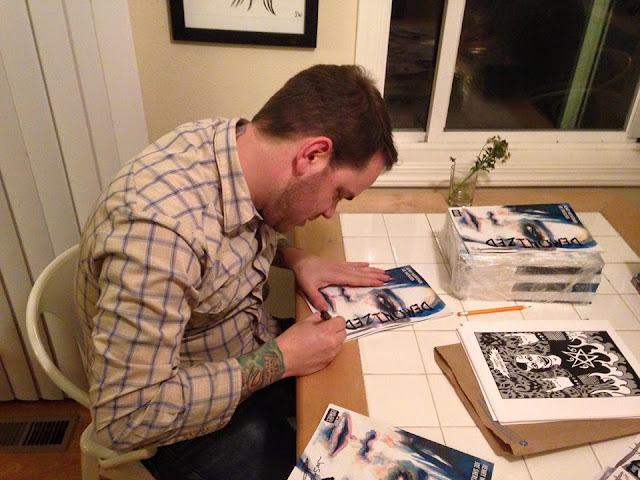 Posted by Joe Sherlock at 12:13 PM No comments: