I started off the year with a fun interview with Mike over at (re)Search My Trash - http://www.searchmytrash.com/articles/joesherlock(1-17).shtml

Next up I had a great time on the HORROR NIGHT OASIS podcast with Havoc and Ian - the live feed cut out after 30 minutes but you can check out the whole interview including an additional 15 minutes right here: http://www.blogtalkradio.com/horrornightoasis/2017/01/20/horror-night-oasis-with-havok-and-ian-110

Had an awesome time at the Ace Frehley concert on Saturday, Feb. 11, 2017 at the Neptune Theater in Seattle, WA. Enuff Z'Nuff opened - I had never seen them live before. Last time I saw Ace solo was way back in the 1990s! Ace welcomed Pearl Jam guitarist Mike McCready to the stage and they performed Cold Gin! Great show and lots of fun! 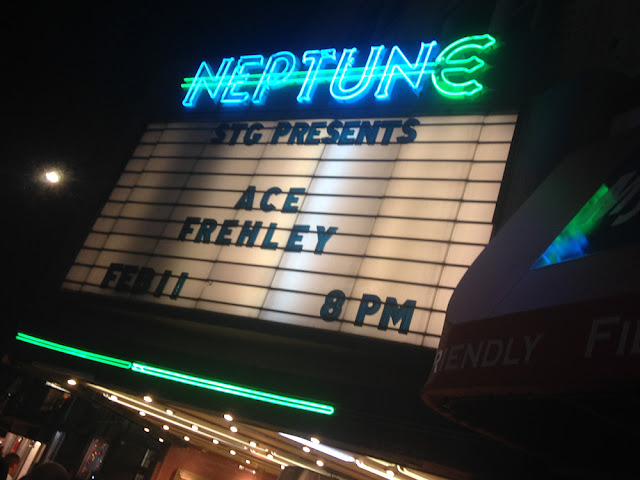 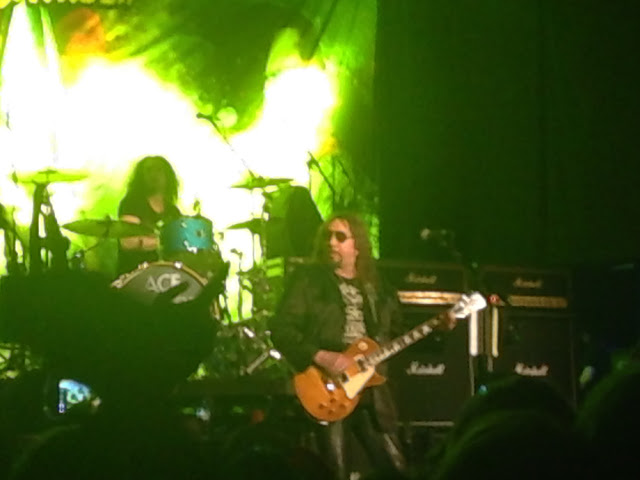 I've set up a page on the ol' SKULLFACE ASTRONAUT website to collect all the Video On Demand offerings I've set up this year: http://www.skullfaceastronaut.com/vod 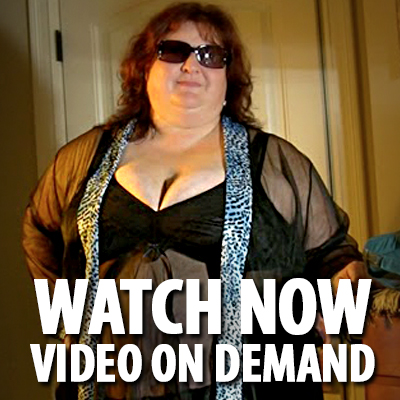 I had a swell time at Crypticon Seattle 2017 in May. I was a panelist on 4 panels, met all kinds of neat people and was interviewed with my fellow producers about MANOS RETURNS. Check out my trip diary! 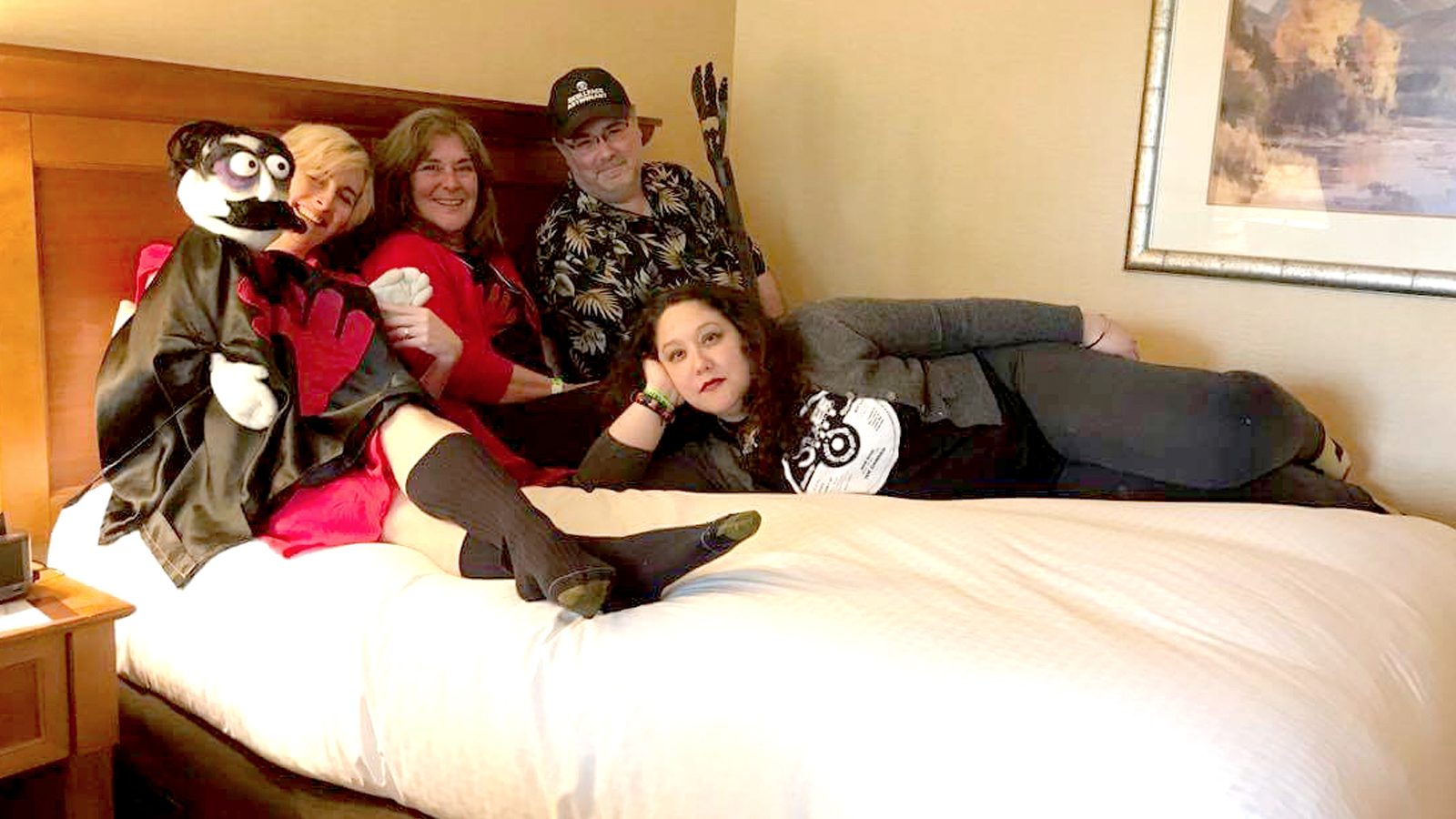 Finally got around to compiling a video as well as a big blog post about Crypticon Seattle 2016 - check it out! http://fandcproductions.blogspot.com/2017/04/crypticon-seattle-2016-pics-video.html


Had a swell time at Cherry City Comic Con 2017 in Salem, Oregon! Check out my post about it with gobs of pics! http://fandcproductions.blogspot.com/2017/04/cherry-city-comic-con-2017-salem-oregon.html 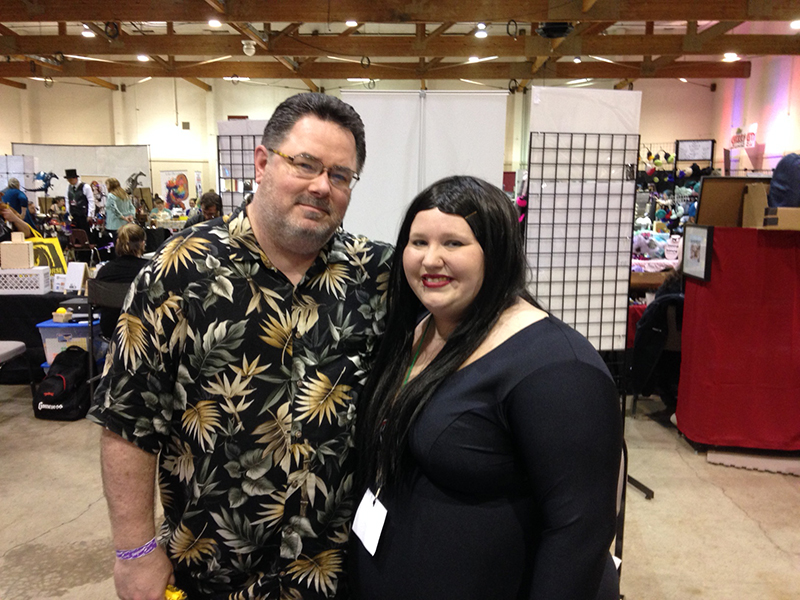 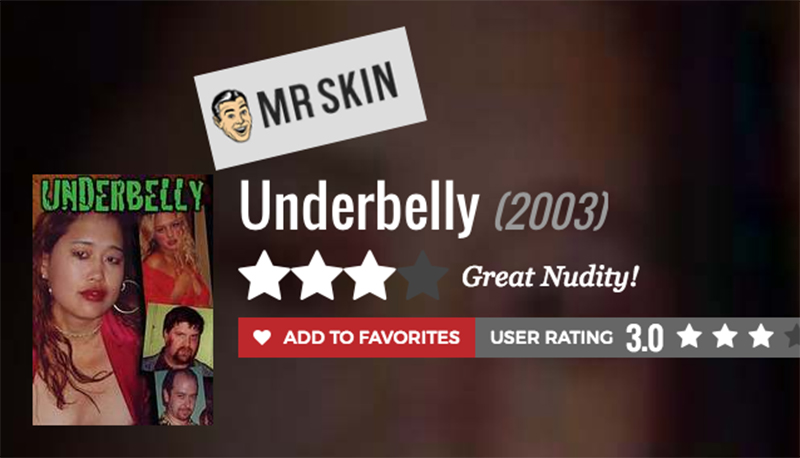 My ‘nerd noir’ thriller UNDERBELLY has been featured by the fine fellas at Mr. Skin.com! Not only that, they gave it three out of four stars and declared, "Great Nudity!"

“Mr. Skin is so happy to have been taken down to this sexy Underbelly full of hot ladies…This feels less like a crime den and more like Mr. Skin's living room!”

You can pick up a DVD of UNDERBELLY (complete with commentary track, behind-the-scenes and bloopers, photo shoot, and director interview) in THE STORE, or check it out streaming via Video On Demand:

Underbelly from Joe Sherlock on Vimeo.

Underbelly features Heather Storm (Epic Movie, Dorm Daze 2) currently seen on GARAGE SQUAD on the VELOCITY channel!
I did another run of Skullface Astronaut t-shirts this year and made a nifty little video about it:

Recent illustration commission - poster for the horror short AXEMAS that is featured on the upcoming anthology Frames of Fear 2! https://www.facebook.com/axemasshortfilm Check out more art at http://www.skullfaceastronaut.com/artindex.html I was flattered to have BEYOND THE WALL OF FEAR selected by the fine folks at the “Late Shift at the Grindhouse” film series on July 12 at FilmScene in the heart of downtown Iowa City.

Scheduled between Abby and Switchblade Sisters! $3 PBR tallboys! Fuckin’ A! 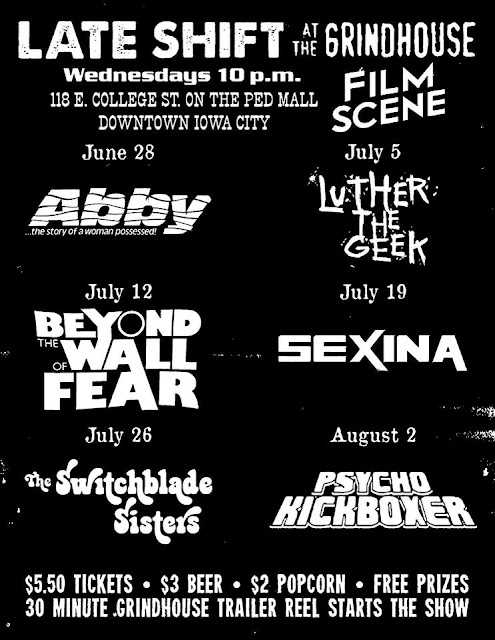 Had a fun time on Mike Wilkerson's BLASTZONE show talking about making indie horror. Check it out! https://www.facebook.com/mike.wilkerson.182/videos/1633504733327642.

Started offering the OLD SKOOL SKULL-PACK: six of my late-1990s-to-early 2000s shot-on-video indie flicks for just $55 - free shipping in the U.S. included (contact me for international postage costs).
See many of the stars of more recent flicks like DRIFTER and ODD NOGGINS, but younger…and thinner...and with more hair! http://skullfaceastronaut.com/oldskool 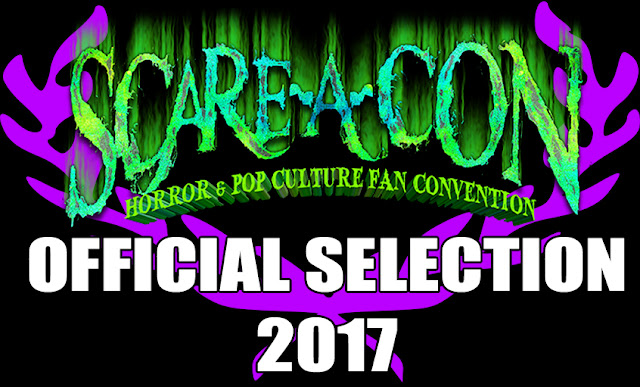 I was really stoked that BEYOND THE WALL OF FEAR was selected for the 2017 Scare-A-Con Film Festival, October 6-8 at the Turning Stone Casino in Verona, New York.


I was also honored to have been invited to include my first two shot-on-video horror efforts in the 7th Annual Spectacle Shriek Show in Brooklyn, New York back in October!

From the promo: “The first two films by cult filmmaker and illustrator Joe Sherlock are a welcome addition to the Shriek Show canon. With 30 years of filmmaking under his belt, Joe has a deep love for all things horror, a penchant for practical effects, and a tongue planted firmly in his cheek. What would our marathon be without some rubber masks, homemade slime, or butchery on a budget? Nothing.”

A nice end to the year was seeing this collection of a true die-hard fan of my and my buddy John Bowker's film work. So very cool to see all these varied releases of our crazy b-movies from the last few decades! 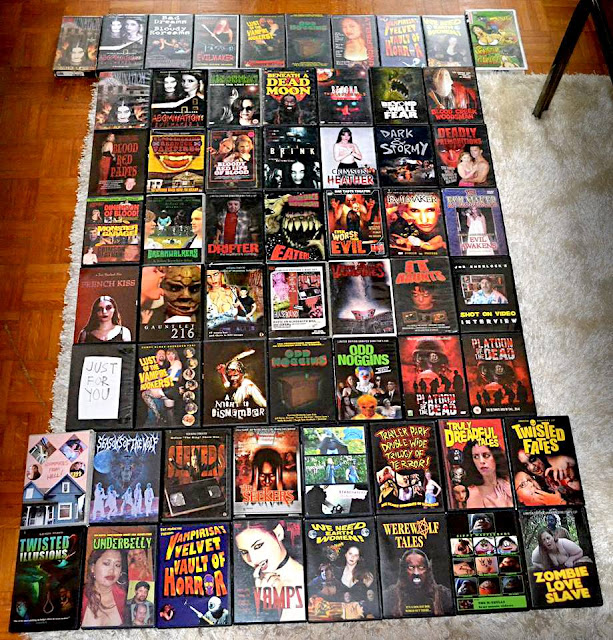 So, if you've read this far, you'll likely notice a lack of a new movie project this year. Well, I actually have been shooting a new project off and on all year. I'll be honest with you all, this has been the craziest, most frustrating time I have had trying to get something made!!! Shoots cancelled due to illness or other issues, actors and actresses dropping out, recasting, more drop outs, recasting, rescheduling, rescheduling, rescheduling, on and on and on. I had planned to be announcing a finished new movie at the end of the year, but at this point I have 2 shoots and a series of pick-ups still to do, then resume editing, music, sound, etc. In any case, here is what I've been working on: STRANGE MONSTERS!

This is a movie that celebrates b-movies by being chock full of blood, monsters and beautiful ladies. My goal is to make a fun and fast paced b-horror flick that goes well with a comfy couch, some like-minded genre fan friends and maybe some cold beer. I'm thrilled to have worked with Jackey Neyman Jones (Manos The Hands of Fate, Manos Returns) and cult favorite George Stover (The Alien Factor, John Waters' early works) as well as old friends and a few new faces. Plan to have it out in early 2018, so stay tuned to this blog!!! 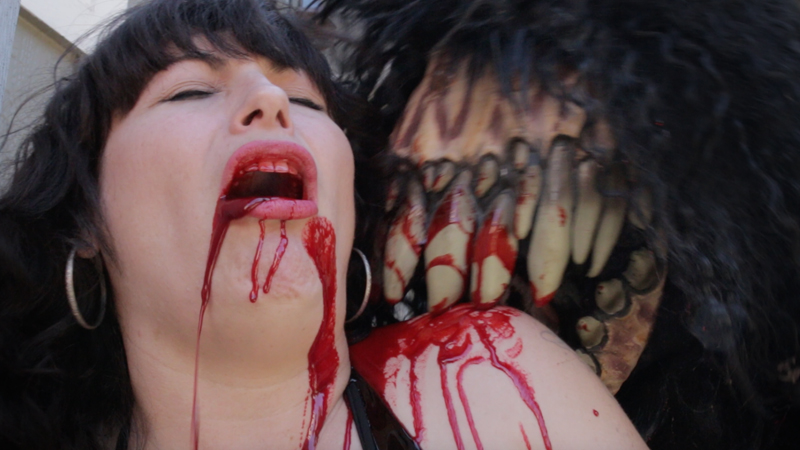 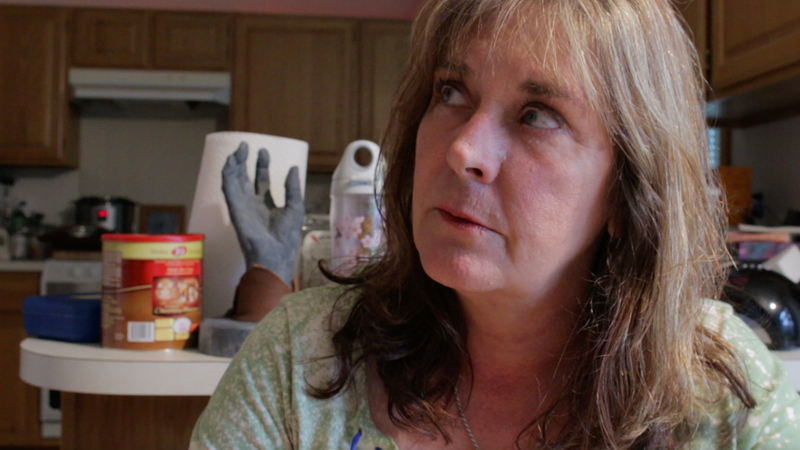 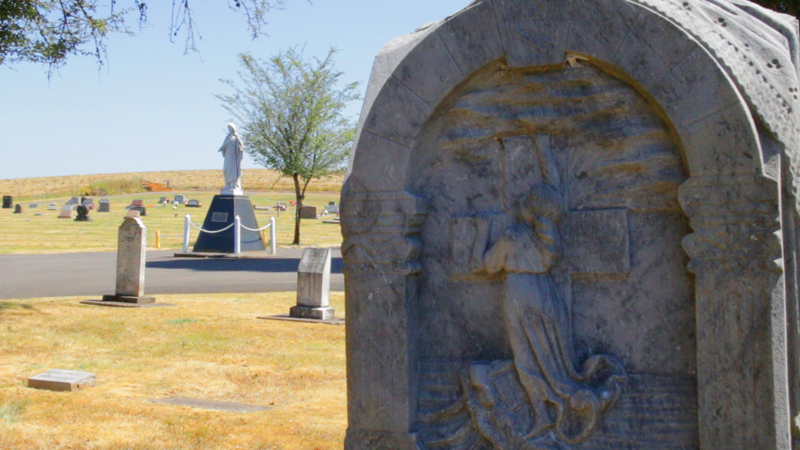 Check out the STRANGE MONSTERS page for more pics and info about pre-orders.

Onward to the future! Thanks to everyone for their support!

Posted by Joe Sherlock at 11:08 PM No comments: Links to this post