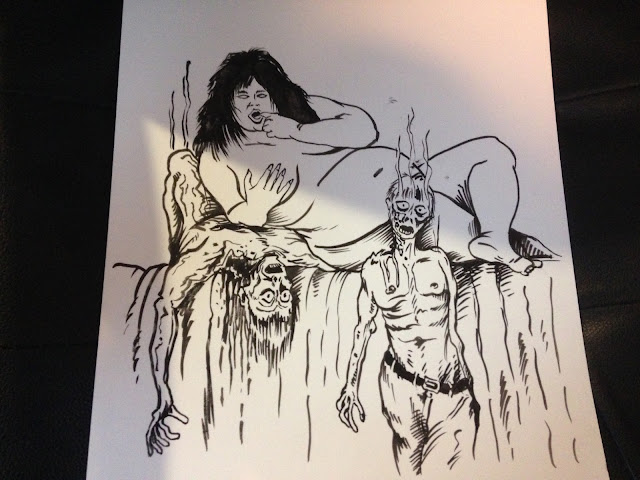 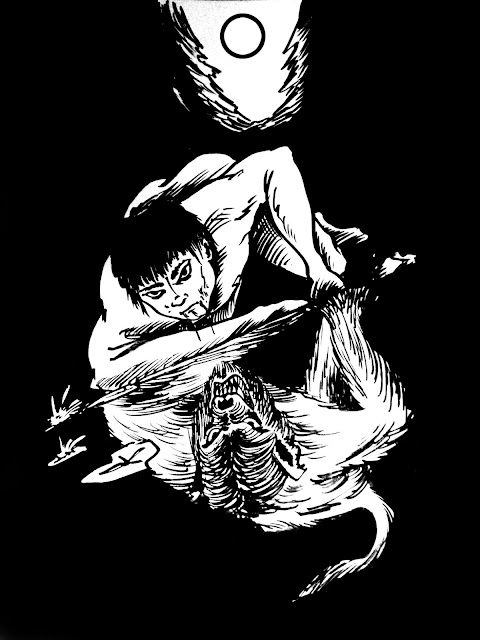 Here are a couple of brush and ink illustrations I am offering for sale. Each is 11" x 14" on smooth bristol. Price is $35 each plus shipping. If you are interested, contact me at fandcproductions@yahoo.com.

Posted by Joe Sherlock at 7:26 PM No comments: 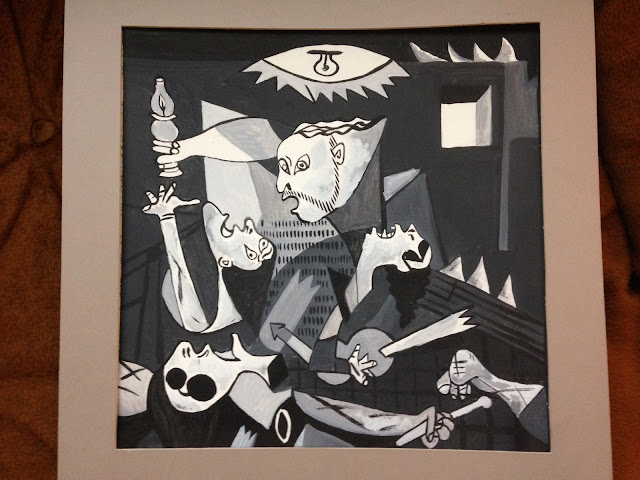 What if back in the late 1980s, Metallica put out an album called "Guernica?" Well, this painting, based on the famous one by Picasso, might have been the album artwork!

I am offering this one-of-a-kind item for sale. Acrylic on illustration board. Art is 12" x 12". $125 plus shipping. Interested? Contact me at fandcproductions@yahoo.com.

Posted by Joe Sherlock at 7:19 PM No comments: 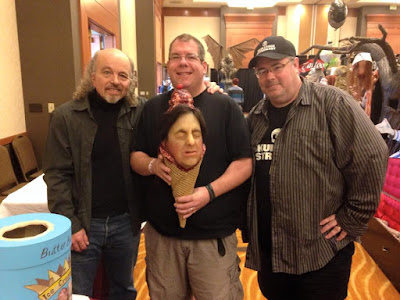 Had a wonderful screening of BLOOD CREEK WOODSMAN at the f/Stop Fitzgerald's in Salem, Oregon. Backed screening room, met some very cool folks, sold a few movies and had a great time. Working with them to set up some more screenings in the coming months!

Had a fantastic time at Crypticon Seattle 2015. Have TONS of photos I am going through. Slowly getting my trip diary together.

Have been busy with a lot of "life stuff" as of late, hence the lack of updates, or progress on the Crypticon trip diary. But I have managed to squeeze in a little bit of shooting. Shot all of a horror short up in Washington state back in June. Shot a bit for another short and looking to schedule the rest of it. Also shot some sequences for another Oregon horror filmmaker's project. Also, my music is going to be used in two different upcoming horror anthologies. I'll get some postings up about all this stuff before too long. On top of it all, I have been working on several short scripts I hope to shoot later this summer and fall.

Finally, I have been making good progress on the DEMONIZED graphic novel. I am in the last part of the book and have been having a lot of fun illustrating the crazy things that Henry has going on as the story all comes together. Again, more news specifically on all that in a future post.

Posted by Joe Sherlock at 2:02 PM No comments: