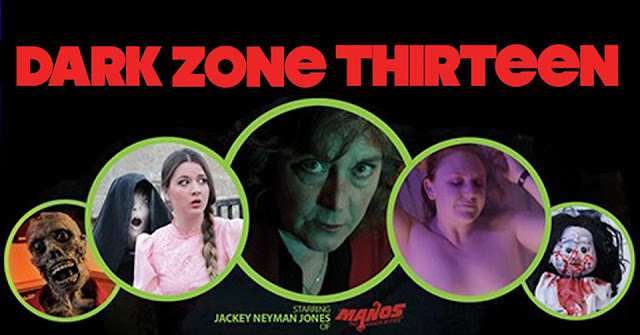 Jackey Neyman Jones, known for Mystery Science Theater 3000 fave MANOS THE HANDS OF FATE, the sequel MANOS RETURNS and Sherlock’s own BEYOND THE WALL OF FEAR, is featured along with a cast of regulars and, “a whole lotta blood,” according to Sherlock. He adds, “What do we get? Evil doll. Serial Killer. Ghost. Magical book. Beings from beyond. Blood. More blood. You know the drill.”

Sherlock wrote and produced the film and directed all but two segments, coordinating those with Joseph Voegele and Filip Hanžek. Sherlock served as editor and scored the film with frequent collaborator, and fellow indie horror filmmaker, Steve Sessions.