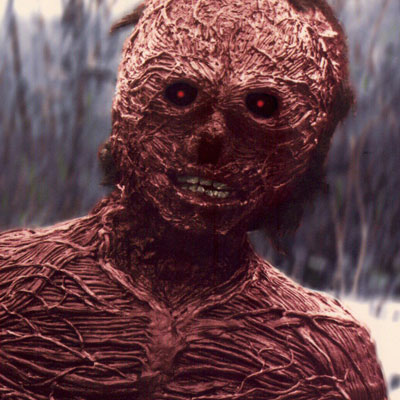 My friend John called me this afternoon to pass along the sad news that Baltimore filmmaker Don Dohler had lost his battle with cancer this morning. He was 60.

John and I were both in middle school when we seperately caught Don's movie THE ALIEN FACTOR on the channel 12 afternoon movie. The movie was a huge inspiration for us both and got us interested in making our own movies. The picture above is Don inside an alien outfit from the movie.

It impacted me for a number of reasons. I had moved all the way across the country from New Jersey a year or two earlier. To sit in my living room and watch this movie populated with characters who had accents like mine, who tromped around in woods like those around my old house, was almost like hearing from old friends. Of course the fact that I was around 12 and the movie was filled with all sorts of weird alien monsters made an impact as well!

My dad had a super-8 camera and had made stop-motion movies with his brother. I had made a couple of stop motion things with it as well and remember planning my own ALIEN FACTOR-inspired movie complete with storyboards and special effects notes. I had forced-perspective stuff planned and location-scouted up in the hills and woods behind my house. I never did get that project off the ground, but years later John got a VHS video camera for Christmas. The next thing you know, he and I and Rob Merickel had made STARCHASERS, a sci-fi chase movie shot in and around my house and clearly inspired by Don's ALIEN FACTOR flick.

Sometime back in the mid-80's, I think, TBS aired THE ALIEN FACTOR and I got it recorded on tape. That VHS tape was gold to me for I'd never seen the movie any other time and had never seen it available in video stores where I lived. At the end of the movie, in the end credits crawl, there was an address for the company that made the movie. I wrote to them, telling them how cool the movie was. Unfortunately the address was no longer good and the letter was returned to me. Rats.

Even more years later, I was out of college, working a regular 8-5 job and co-owner of a comic book and game store. I found an ad in a magazine for Don's Movie Club Magazine. I was self-publishing a photocopied zine at the time, Dr. Squid. I wrote to Don in hopes that he would do an interview by mail for my next issue - this was before I was really on the internet. To my pleasant surprise, Don not only wrote back but answered my questions with great detail. He unfortunately seemed a bit bitter about ever getting back into making movies, as he'd been burned by many distributors.

As time went on I moved from publishing a zine reviewing and about b-movies, to making my own. Don also ventured back due to the advent of digital video and partnered with Joe Ripple to form Timwarp Films.

Fred Olen Ray put out THE ALIEN FACTOR on DVD through his Retromedia label. Sweet.

Don and I corresponded via e-mail and I did a couple of interviews with him for websites and genre publications. He was always nice, supportive and seemed happy to share stories about his work.

I'll be watching THE ALIEN FACTOR tonight in honor of Don.

May he rest in peace. 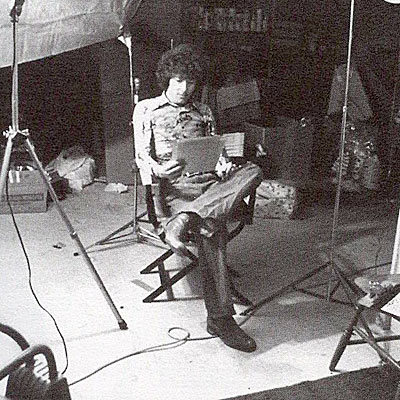 This is a shot of Don in his basement where they built a set for the Sheriff's office for THE ALIEN FACTOR. I've always thought this was a cool shot - Don, surrounded by the movie world that he, literally, built. 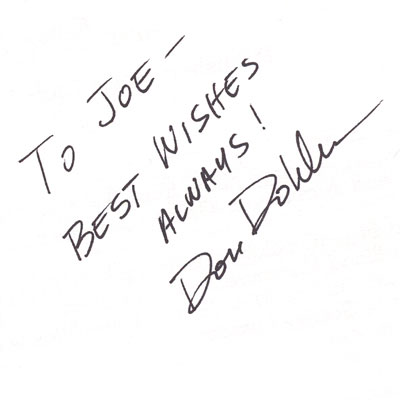 Knew, worked for and collaborated with him on and off for several years, starting in the early '70s. Sorry to see him go at such an early age. RIP, Don...

What a shocker to happen. I grew up to dig his work mainly from his days with Cinemagic magazine and of course ALIEN FACTOR.

Nice piece, Joe. I feel like I've lost a favorite Uncle -- Don's work was so hugely influential on me I can't even begin to express my sadness.